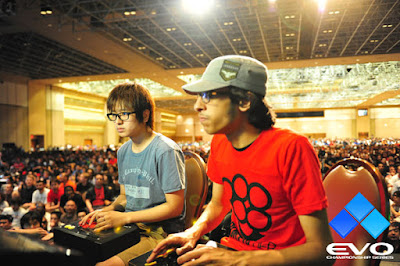 In the past few years video gaming has exploded in Saudi Arabia. I first learned about this fact by stumbling upon Saudi Gamer's podcast. I'm very excited about this trend because as someone interested in the Arabic language it gives me material to watch that I'm actually interested in. There are a ton of You Tube channels of Saudi gamers recording themselves playing different games and commenting as they go. I don't know why, but the majority of videos like this that I've seen are from Saudis and thus they are in Saudi dialect. The dialect was difficult for me to understand at first because I'm used to Egyptian and Syrian, but like with anything I got used to it over time and now I understand most of what is said.

(Pictured above is Abd Al-Latif Al-Himili from Saudi Arabia who recently placed second in the Street Fighter championship at Evo 2011, the largest fighting game tournament in the world.)

I couldn't find anything from any country other than Saudi Arabia having to do with video games. I searched for what Egyptians subscribed to on You Tube in the way of video games and found that they subscribed to channels in English. If anyone knows of video gaming sites from Arab countries other than Saudi Arabia, please let me know. Also, if you know of sites/channels that cover games aside from Call of Duty I'd be happy to know about them. Saudi's sure do love their CoD. :)

I've mentioned Saudi Gamer here before as they were the first Arabic gaming site/podcast I discovered. They even talked about one of my videos about Saudi dialect in podcast #93 (minute 1:43). This is my favorite Arabic gaming site. They cover all the topics that an English gaming site like IGN would cover. Their podcast is the main attraction.

is website is similar to Saudi Gamer. I don't know which came first or which is more popular. I enjoy both but just found out about Z-pad. Their Zpadcast uses a green screen which they stand in front of and play game footage on which looks really professional. They have their podcast as well as game news. Here's an example of the Zpadcast: 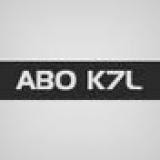 This channel run by Abu Kahl and is the 20th all time most subscribed You Tube channel by Saudi's with about 12,000 subscribers. His channel is dedicated to Call of Duty: Black Ops (كول اوف ديوتي: بلاك اوبس) which seems to be a common thread for Saudi gaming. CoD has to be the single biggest video game there. The videos are of him playing online multiplayer and talking about either the game or other random things that come to his mind. He's an entertaining guy. In the video below he plays Call of Duty while talking about what makes a friend a true friend.

Check out this channel for something other than Call of Duty. He's done commentaries on Minecraft, Fifa 11, HomeFront, and Battle Field: Bad Company. He started his channel just 6 months ago and is at about 10,000 subscribers. I learned how to say "cracked" (مكرّكة) as in "a cracked version of a game" in Arabic from this guy with this sentence:

"To play online your game has to be original, not cracked." (One that you bought and didn't download for free. Go to 2:30 in the video below to hear him say it.)

Here's one of his Minecraft commentaries. Go to minute 1:35 to see the little guy he made lol.

This channel does CoD, but also has a series of Portal 2 commentaries. He goes through the whole game commenting on it in Saudi Arabic. M4jedHere has about 4,000 subscribers. Here's the first video in his Portal series:


Posted by The Arabic Student at 7:49 PM

Hey, Love the website. Quick question, Do you think studying different dialects simultaneously is a good idea, or is it better to master one then move on to others? Is there enough similarities, between, say Saudi and Jordanian that the two compliment each other?

I don't see a problem with studying Jordanian and Saudi at the same time. Jordanian is considered a Levantine dialect, but it does have similarities to Saudi.

Im a saudi (eastern province), and can seem to understand all dialects of arabic as ours (from khobar)is the most neutral dialect in my opinion as people from riyadh or from jeddah or even other countries speak different dialects and might seem hard even to arabs, yet most probably easterners would understand everybody else.
http://www.true-gaming.net/home/
this is a new arabic gaming website you might want to check out

It's often hard to find related sites in this region; glad to have found this article which point to some great gamer community sites! Kudos.