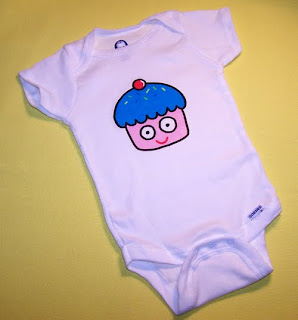 Last month Makkay suggested the site ar.mo3jam.com for learning Arabic dialect words. It's basically the Arabic equivalent of Urban Dictionary. It's the best way to learn authentic dialect words that I've found. I've been spending time going through the شامي dialect and after that I plan to go through the others. When I'm not sure exactly what a definition means I just type the word into Google and look at the picture results. I found the word بربتوز and the definition said it meant "baby clothes" in Palestinian, but I wanted to see what Google had to say. Sure enough it brought up lots of pictures of one-piece baby clothes. I really don't know of another way to learn these kind of purely dialect words other than living in an Arabic speaking country. It's also nice in that is writes out the English transliteration for each word. So for بربتوز it has barbatooz. This is really helpful because with dialect it's sometimes impossible to guess how the word is pronounced.

An interesting flaw I've noticed with the site is in the rating system. It's just like Urban Dictionary in that anyone can rate a word/definition. This is meant to weed out words that aren't widespread or are just incorrect. However, on ar.mo3jam people vote down any curse words or anything vulgar. This makes it hard to learn those types of words because you can't be sure if the word was voted down simply because it was vulgar or if it really was incorrect. For example, I found the word بيضات (literally, "eggs" but figuratively "testicles") and it had 6 thumbs down. Arabs seem to be ashamed that their language contains words like this. If you go on Urban Dictionary you don't find this at all. The most vulgar words will have hundreds of thumbs-ups. Maybe this points to some difference between Western and Middle Eastern mentalities?
Posted by The Arabic Student at 7:53 PM

Yeah, for مكربج I had guessed that it meant "all messed up" but I wasn't sure since no one had told me and I hadn't heard the context a lot. I think if you hear a word enough times used in context you learn the meaning. I agree with what you said about guessing meanings from context, but with Arabic I think it's a bit harder than with English because the dialects aren't so different in English.

man i stumbled on your blog while searching for some stuff... and man what your doing, learning arabic and dialects is just amazing, i am not a linguist but i think arabic - even MSA - maybe one of the hardest... شو تقول dialects ;)

I am a Jordanian of Palestinian roots working in Lebanon; so المفروض اني أعرف "بربتوز" but this is a first time i hear it lol

can u pls translate this vidoe clip on your blog?
http://www.youtube.com/watch?v=dPkNy6svpXQ

its and old lebanese comedy show called jnoun fadia.. i m sure this would help many of us learn the lebanese dialesct

I do not know if you know this, but MSA and colloquial Arabic are expressed as two different languages in the brain, which might explain why you find it hard to learn Arabic dialects! Here is a link: