Is Arabic harder to read than other languages? 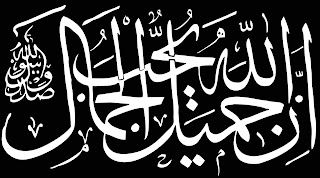 This article from the BBC say that it is. Due to the fact that many Arabic letters are very similar, mainly the ones that only differ in the number of dots they have, the left side of the brain is the only side that works when reading Arabic. This is in contrast to languages like English and Hebrew where most of the letters are very different from each other. I remember confusing "b" and "d" as a child though and I've seen some people who are learning English do the same since the two letters are just a mirror image of each other. When I was learning the Arabic alphabet about 3 years ago I always mixed up the letters, and one can see how that is easy to do. You've got ن ت and ث which only vary in number of dots, ح ج and ح as well as ص and ض and don't forget ع and غ. Pretty much every letter can be changed into another letter by adding or taking away a dot and I guess the right side of the brain has trouble dealing with that. I wonder what the brain does when you're trying to decipher Arabic calligraphy. :)
Posted by The Arabic Student at 4:46 PM

I don't find Arabic hard to read however I find medial ف and غ hard to discriminate between in some fancy fonts.

نفن (nfn)
نغن (nghn) they could look very similar depending on the shape of the font in my opinion. All the others are fine. I don't concentrate anymore I just see the word and read it straightaway like it's english but not as fast as english because we're so familiar with english we actually recongize the word as a whole - we don't literally read the letters one by one to spell a word.

Yes, I have noticed that too. It's not so hard in the font you see most of the time, but sometimes on TV I'll be reading something and not know what the word is and then realize that it's a ف in the word instead of a غ or vice versa.

I never thought arabic was hard because of its letters ... I've been learning hebrew too and that I could say was very hard, for me hebrew letters look alike way more than arabic letters do. I suppose it's more subjective than objective, this talk of finding letters harder to distinguish than others ...

For me the written style is very confusing, then h(7) and 3ayn sometimes look very alike, if you don't know the root it might be a problem. As for the other texts, i take care to make them all 14 font size before printing :DDDD

By the way the test conducted was flawed. Instead of showing the letters as they normally appear in words and sentences, with the initials, medials, and endings, they separated the letters. As native Arabs rarely, if ever, see Arabic words written this way, they were slower at recognizing the words.