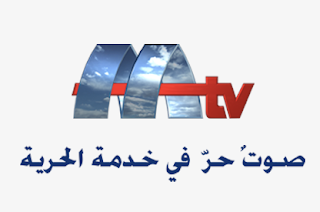 A few weeks ago Dish Network replaced LBC (Lebanese Broadcasting Company) with MTV Lebanon on my satellite. MTV Lebanon isn't a music channel which is what I first thought when they replaced it. It's the same type of channel as LBC. It has news hours but also all types of shows in Lebanese (mostly), Syrian, and Egyptian. What's great about MTV though is their website. There's a commercial that comes on that really plays up how nice their website is and it isn't lying. Via the website you can watch nearly any show that they air on the TV channel. It's the same kind of thing that MBC (Saudi channel) does but the MTV website is navigable for English speakers and has more shows in Lebanese. On MBC they have a lot of Turkish soap operas dubbed in Syrian dialect, but most of their shows are in Gulf dialect since it's a TV channel based in Saudi Arabia. With the talk shows on MTV (such as بالهوا سوا "Bel Hawa Sawa" and "At MTV") the people speak like they speak in real life. They throw in all the French and English terms that they would normally use in every day speech since the show is meant for Lebanese people they don't have to change the way they speak so that Arabs from other countries will understand which is something you see on shows geared toward the entire Arab world. Another plus about MTV is that since it's a Lebanese channel their news anchors look like this: 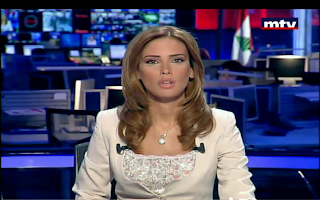 I don't know why, but Lebanon seems to have their disproportionate share of beautiful ladies. Pictured is Diana Fakhoury. Anyway, if you're interested in video resources to help you learn the Lebanese dialect MTV Lebanon is the best place to go. Even if you don't understand much it's still a good way to immerse yourself in the language. Your brain will pick things up even if you don't feel like you're learning.
Posted by The Arabic Student at 7:17 PM

another Lebanese channel like that is OTV a popular show is Lol
http://www.youtube.com/watch?v=YdcPk6FoNcU&feature=related

Anonymous, I watched "LOL" when I was in Jordan a few months back. It was really funny. The hotel had a satellite called NileSat that got TONs of channels. I was thinking about trying to get it in the US, but I don't think it's possible. Anyway, I didn't understand everything on "LOL", but I think if I watched it often my Lebanese would improve a lot.

I just watched that clip and I have to admit I only understood like 3 of the jokes. The audience would be cracking up and I'd be thinking "why was that funny??" I'm convinced that jokes are the hardest thing to understand in a foreign language. I can't imagine trying to understand American stand up comics if I weren't a native speaker of English.

Gret site, I love that I can watch Lebanese TV from my laptop. I wish there was something like this for an Egyptian channel though, since that's what I learn!

You're so jealous dear :)
I best u wish to look like her