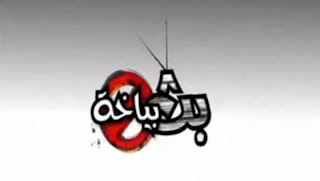 I haven't found a lot of resources online that are specifically Jordanian dialect, but the YouTube channel bathbayakha (بث بياخة) is. The name means something like "silly broadcast". It's a comedy channel run by a small team of Jordanian guys that do short skits. They have 5 up right now, but they continue to make more. I wouldn't be surprised if they are YouTube partners once they have a few more videos up because the quality of the videos is really good and they're pretty funny too. I really like the one they just put up called بتخونيني (you betray me) where a guy raps about his girlfriend cheating on him with other men when she's really just doing platonic things like buying stuff at the grocery store. And then at the end of the song it's his friend that she's really cheating with.There's another video that's in Bedouin dialect making fun of Bedouin TV shows, one about a fight over who's going to pay the bill at the restaurant, and a guide on how to avoid speeding tickets in Jordan. Jordanian is close to other Levantine dialects so it won't be like trying to understand Moroccan or anything.

I hope the Arab world continues to make YouTube channels. You obviously see tons in English, but YouTube channels in Arabic are few. If anyone knows of anymore please post them in the comments.

Posted by The Arabic Student at 5:15 PM

i think watching القاتورة was the first time I ever burst out laughing watching Arabic TV.

Hello I stumbled across your blog yesterday. If you ever feel that people aren't reading your blog. Please don't I friggin LOVE it. alf shokrr ya ragil. I'll be learning a lot inshalla !!!!!